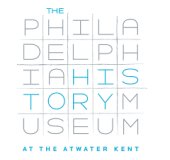 Note: All Tours subject to a $30 charge and a minimum of 6 participants. Tour proceeds benefit the NFTGA.

Meet in the lobby of the Marriott Downtown Hotel

Philadelphia is the Mural Capital of the World! Since 1985, murals have been painted, mostly by ordinary citizens with artistic help, on buildings throughout Philly. This tour walks us to some of the most iconic murals in the heart of downtown Philadelphia. View public art that celebrates human achievement, social endeavors, the struggle for equality and the glory of the human condition. You will learn the back stories and the methods used to create these works. So put on your walking shoes and prepare to be amazed. The walk is about 1 to 1.5 miles on level pavements and will last about two hours.

Market Street in Philadelphia was full of founders: Benjamin Franklin, Thomas Jefferson, John Adams and President Washington all lived there. Your guides will take you to these sites and down the same cobblestone lanes where these men strolled, dined and debated - or tried to avoid each other.

You will also see Alexander Hamilton's controversial bank, as well as sites important to William Penn, our city's surprising founder: the man who 'set the table' for Ben, and was hailed as "the greatest lawgiver the world has produced" by Jefferson. Along the way, you'll sample an authentic colonial brew at the top eatery in the colonies, familiar to both Paul Revere and Lafayette, visit the site where Washington 'invented' the presidency, complete with the first "oval office," and tour the elegant town home where George and Martha danced their 20th wedding anniversary. Includes a visit to the Powel House and a delicious brew at City Tavern.